Also feel free to talk about other music games if you want. although they are less important

For those *not* in the know, Bemani is Konami's influential music game division responsible for long-standing arcade hits like Pop'n Music, Dance Dance Revolution, Guitarfreaks, Drummania, and Beatmania IIDX, as well as newer experiments like Sound Voltex. Each of the aforementioned has numerous knockoffs and derivatives, which have also been popular. Yearly game editions since 1997 have cycled through a lot of great music, some of it Japanese hits, some western, some from games or anime, some original in-house works, and the occasional wild card. Over time, the styles and aesthetics have evolved, the difficulty ceiling has skyrocketed (lv10 used to be the highest difficulty and now we have lv20 charts), the game mechanics have been developed and smoothed out, and diehard fans have become ever more skilled. Sadly, it's hard to find newer editions in arcades these days outside of Japan, due to licensing issues as well as using Japan-only servers, but that doesn't stop baka gaijin fans like myself from going to the few places that do have these games, as well as pirating them or using simulator programs to play at home.

As for myself, I play Dance Dance Revolution a lot and it fills me with joy to play and watch other people play. I will probably spam DDR videos in here. So, thread is now open. 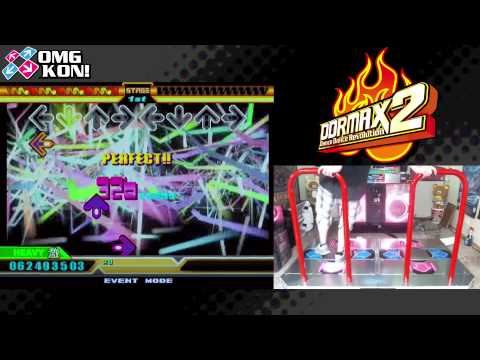