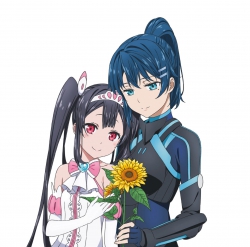 Oh hey I can finally put up an avatar that's not abstract art.