From the mind that brought you fourteenwings and LEGO Friends, comes fourteenwings' Major Constructs! I think I've rehased the MCX vs LEGO stuff enough by now, so let's just move on the builds.

I've had this idea in mind since the day I had Lanie's Camper in hand, building the Bratz Forever Diamondz Rollin' Runway out of Mega Construx. I didn't really have any idea of what that would look like, aside from that I'd need the MCX Wheels pack to do it. Well. I've done it now. 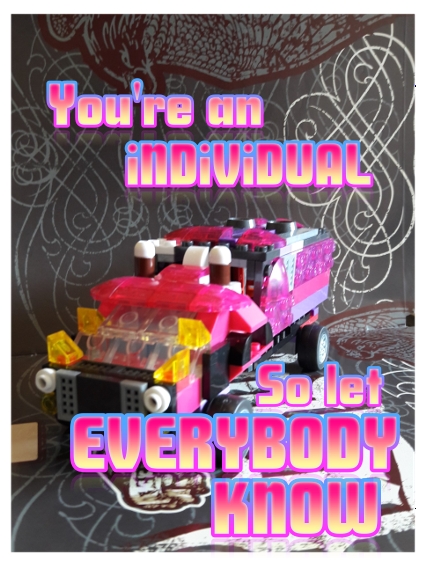 I didn't really have a major idea of how to well... truck. As you probably know, I'm not a vehicle person in any way, but I think the front cabin came out really well! I guess one major change is that the Forever Diamondz Rollin' Runway was red both in real life and the tie-in movie, but I felt red wouldn't give off a very "This thing transforms into a fashion show" vibe. There are a few coral options in MCX, but they weren't enough to do a full build.

Plus, look at how shiny the translucent pink pieces are! There's no way I'm passing that up! 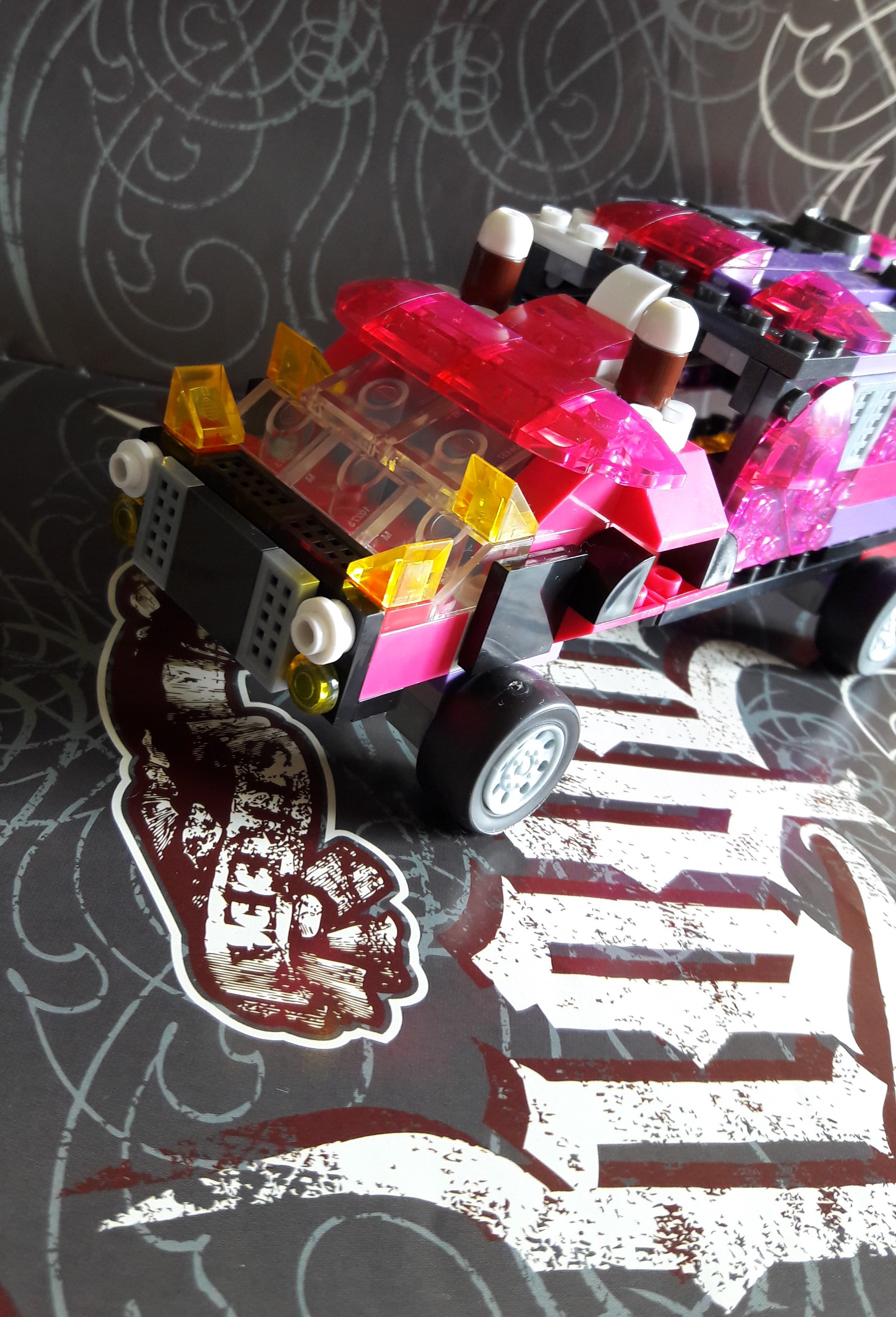 These pictures look more intimidating than I intended... 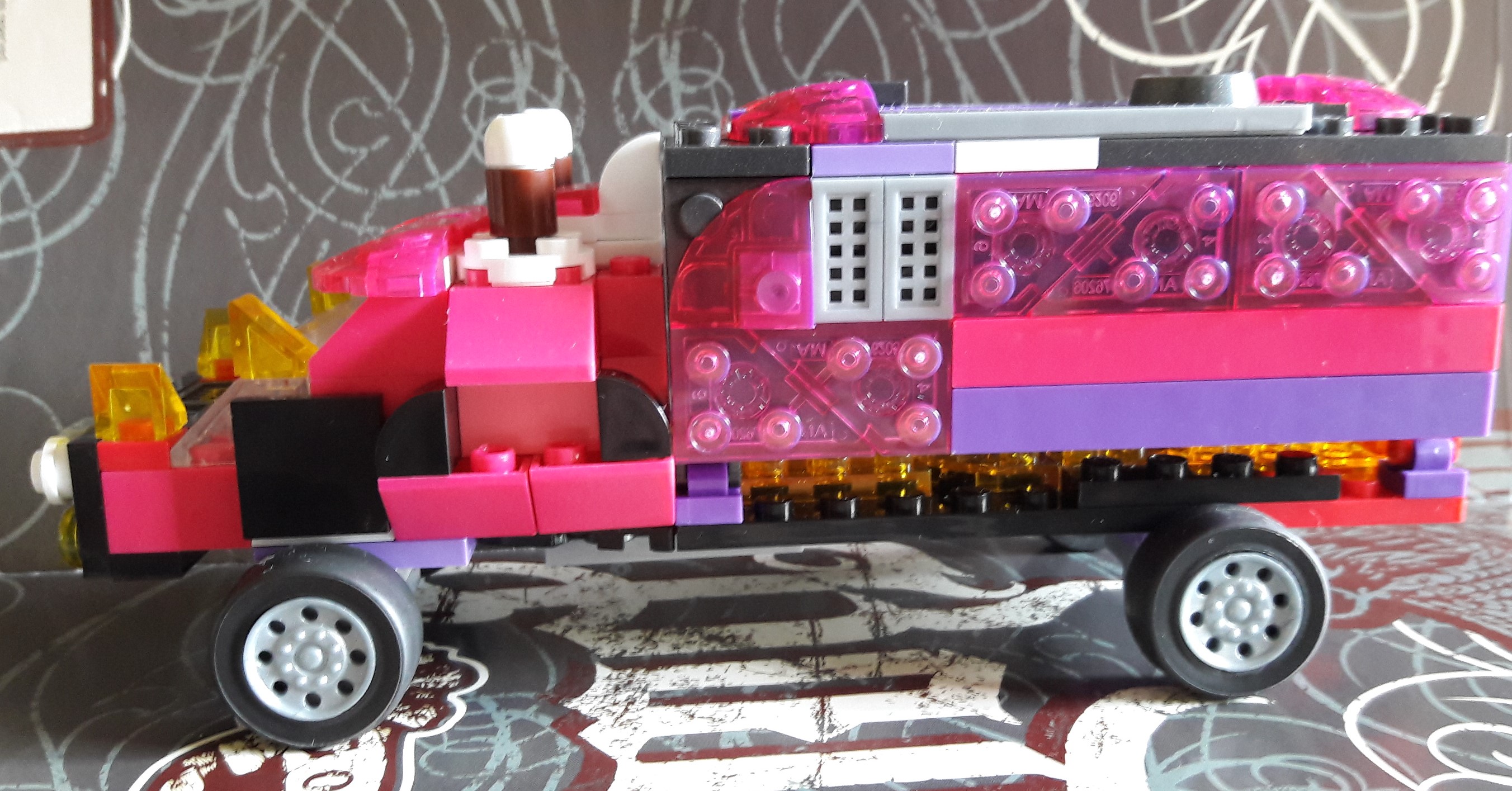 I wholly intended to do something about the mudguard situation (as in it has none), but it felt like it'd put the scale off entirely, so I left it as is.

Now, for the real magic!

The transforming feature is pretty simple, four hinges for the sides and two for the back. I could have probably dug in and made it look more seamless, but I don't think that would really improve too much. 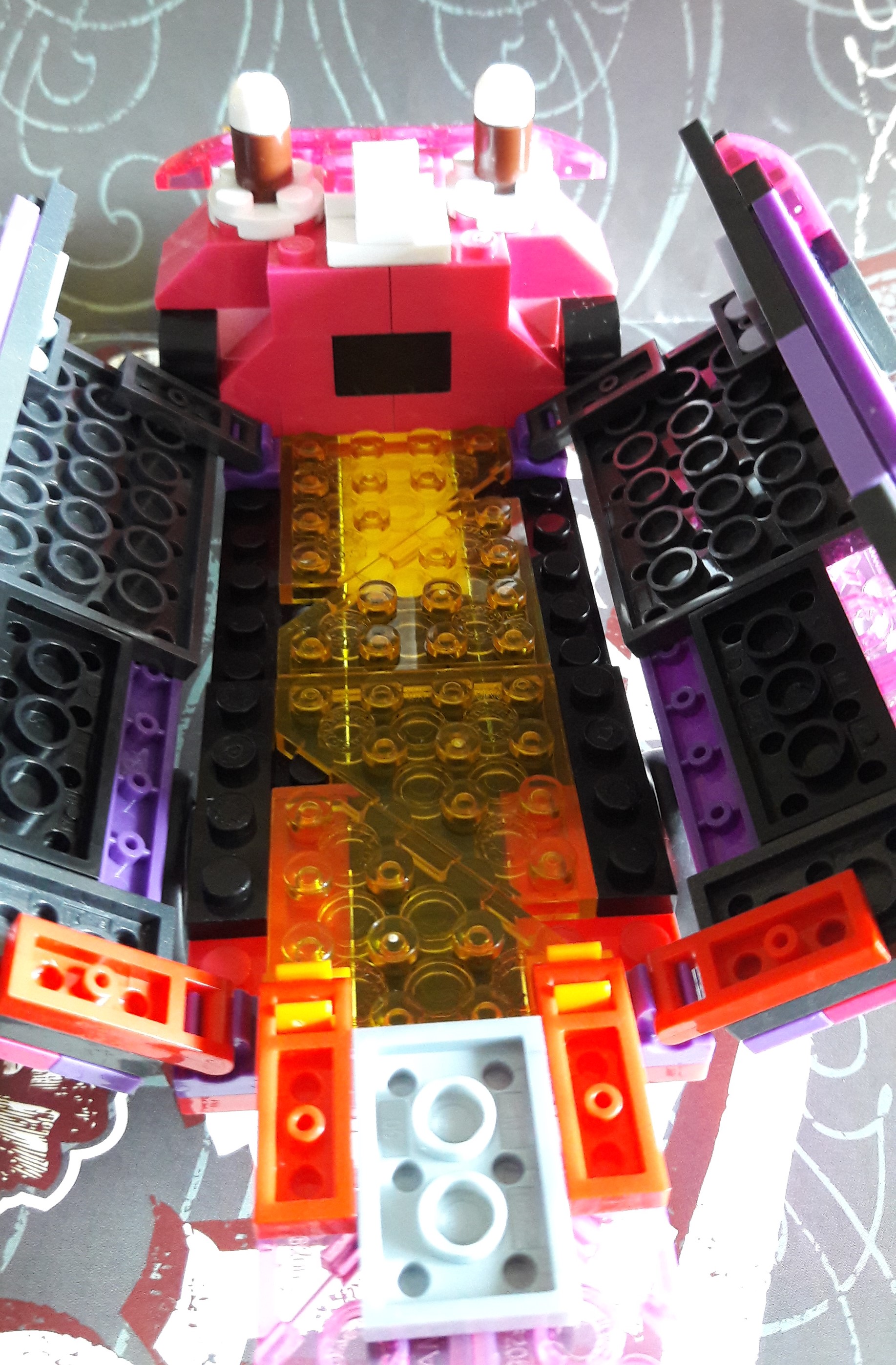 On the inside, I used these big transparent yellow panels to give it a faux light effect. Like a real light up runway! 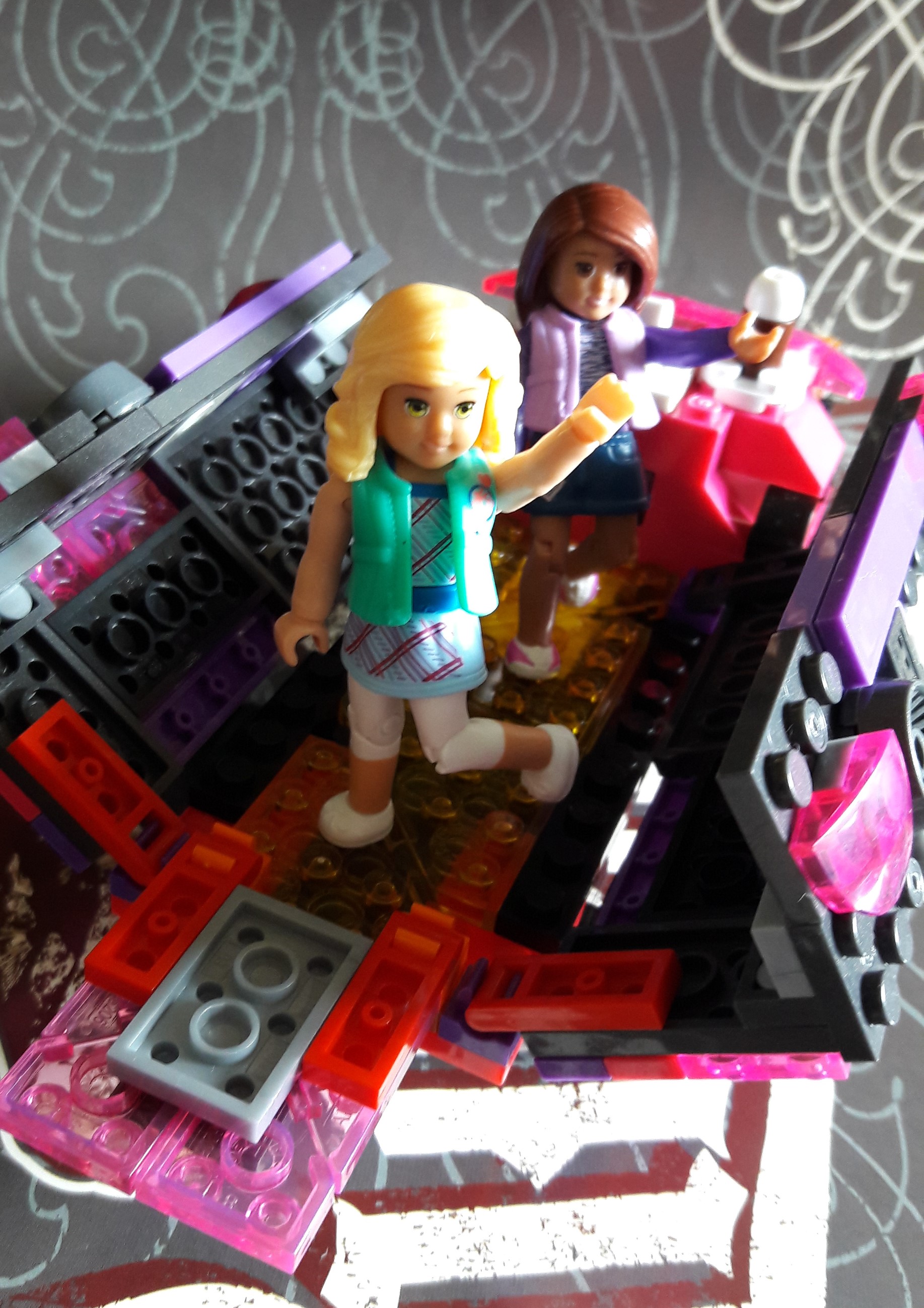 Lanie and Luciana aren't in scale, but they are MCX, so they gave it a test run anyways. 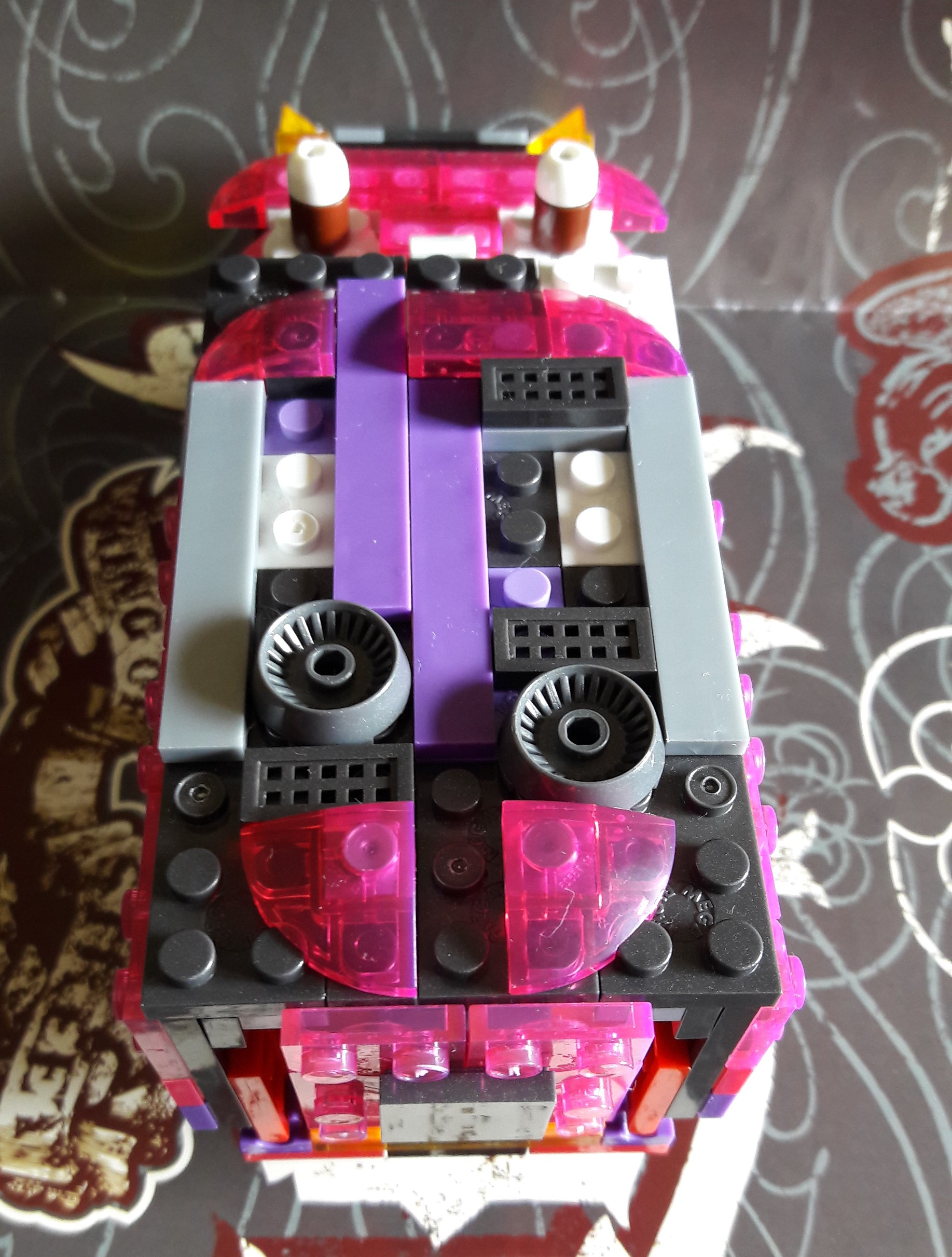 The top of the truck, with some detailing I thought was nice.

So, there you have it!

I should really quit all this building block stuff but I have quite a few ideas I'd like to try out before I retire them forever. Stay tuned!