"Stormtroper wrote:
It seems I started something.


And so I respond in turn!

I've been working in vRoid Studio for about a day and a half now. I've discovered a lot of things, and there's quite a bit more I'll discover going forward.

I've been having a lot of fun with it, and I've started working on a pet project of mine that I explained earlier in Updates; concept art for a rhythm game based on the Italian Disney Channel series Penny on M.A.R.S..

That project now has a name, which is Penny on M.A.R.S.: Infinite Live!! (obviously two exclamation points).

So after all of this work, I've come up with a piece of concept art; 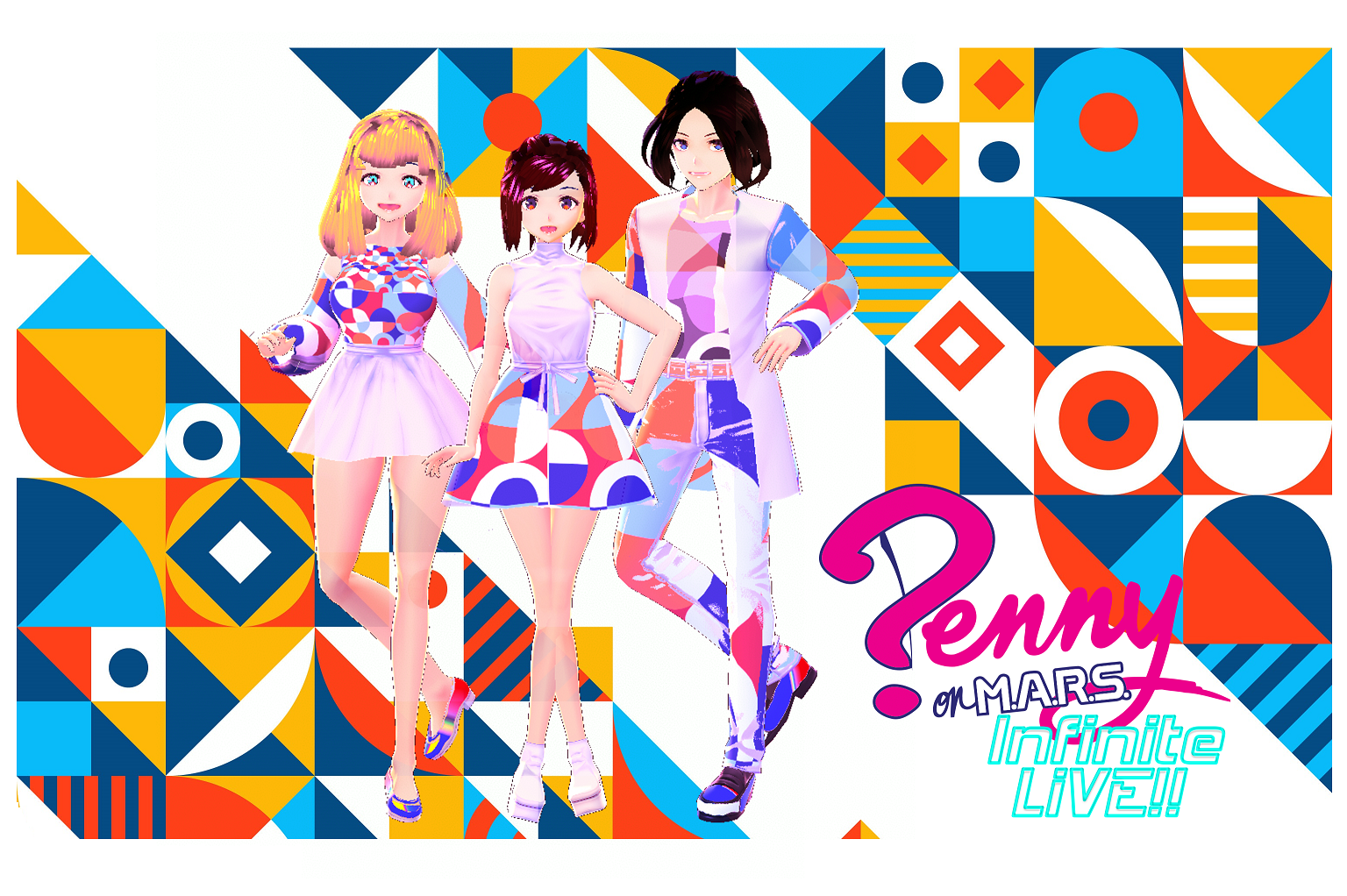 These are the three characters of Penny on M.A.R.S., as transformed into anime characters, wearing what I'd call "School Uniform" performance outfits.

The concept behind these outfits is the "White"+"M.A.R.S. Inspired Pattern". The M.A.R.S. colors are Blue, Red, and Yellow, but I went with a pattern that had shades of the first two because that's what I found for freebies on the nets adding a third would make it look too busy.

So I've created three characters so far for this project; Penny, Camilla, and Sebastian. Before I started creating my characters, I assumed I'd create all 14 or so major characters, but after putting into consideration the work I had to put in I'll probably limit myself to Sasha, Lucy, Tom, Rob, and Martha. I might do Vicky if I can figure out how to face-paint a half-mask on without my character looking insane.

Penny and Camilla are wearing the same base dress, which I think I will be using for most of my future outfits. Penny's skirt, Camilla's top and parts of Sebastian's jacket (back, lower sleeves) were made by slapping a PNG onto the outfit pattern, whereas Sebastian's pants and the upper parts of his sleeves were made by turning that PNG into a GIMP pattern and painting it on via Fill Pattern.

That's the gist of it, so expect more in-depth looks at each character after this.
«1234»