Saturn snuggles up with his PS3 (Hyperdimension Neptunia!)

So, here's a liveblog or something like that. Won't be super in depth, but I've wanted to play this series for a while. Some of you may remember the name because Chagen was very fond of it. I've looked up a lot of the game, and I shudder to think that he and I may have a common interest. The first game in the trilogy is notorious for having very bad gameplay, which was improved greatly in subsequent releases. We will be starting with that one!

So, for anyone who does not know, the basic story is such:

The game takes place in the world of Gameindustri, where there are four countries: 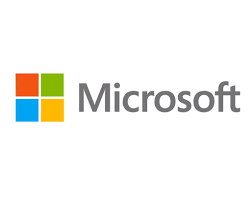 and Leanbox, a mountainous rocky area covered in green, but is the biggest of the countries.

Planeptune is in the middle, while the other three countries revolve around each other. Each region is watched over by a Goddess, called a CPU. The main character, Neptune, is the Goddess of Neptune, while the other three CPU's are constantly fighting, in a series of battles known as The Console Wars. (btw, the third game in the series takes place in 1989, which the Console Wars are just beginning.)

The Sega Neptune was a two-in-one Mega Drive/Genesis and 32X console which Sega planned to release in 1994 or 1995. The proposed retail price for the unit was $200. Sega had admitted how expensive and problematic the 32Xwas so it decided to make a combined version of the Mega Drive/Genesis and 32X; however, by the time a prototype came out, the Sega Saturn was ready for release. Sega felt that the console could have replaced the Sega Mega Drive/Genesis, but consumers would not be interested in the Sega Neptune, so the project was scrapped. There are several prototypes, and at least one was declared to work.

All characters that aren't silhouettes in this game are either anthromorphized video game systems (Called CPU's) or game companies (called Makers). This whole game is a parody of the concept of Console Wars, filled with moe girls, yuri, and fanservice. Let's play.