I've been collecting LEGO Friends (again) for the last few months. As such, there's a lot of fun stuff to build and take pictures of. Here's a thread for that!

A couple of days ago I was deep in the LEGO Friends zone, building an artsy department store which with a coffee shop feature. At some point I decided to make the bottom floor a coffee shop and the top floor an artsy space. Just like that, my latest build was born!

The Uptown/Downtown Art and Coffee Cafe! 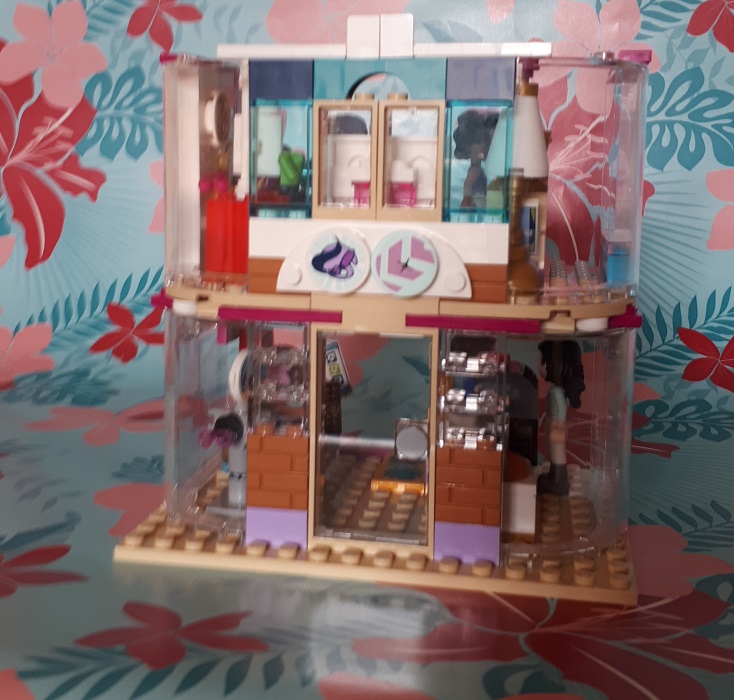 Front facade, I was really inspired to build mostly from transparent bricks with a curved style by the song "6cm no Keshiki ue" from Aikatsu Friends!, but I'm not sure why. Maybe it's the "chic chic, chic chic chic chic chic" part. 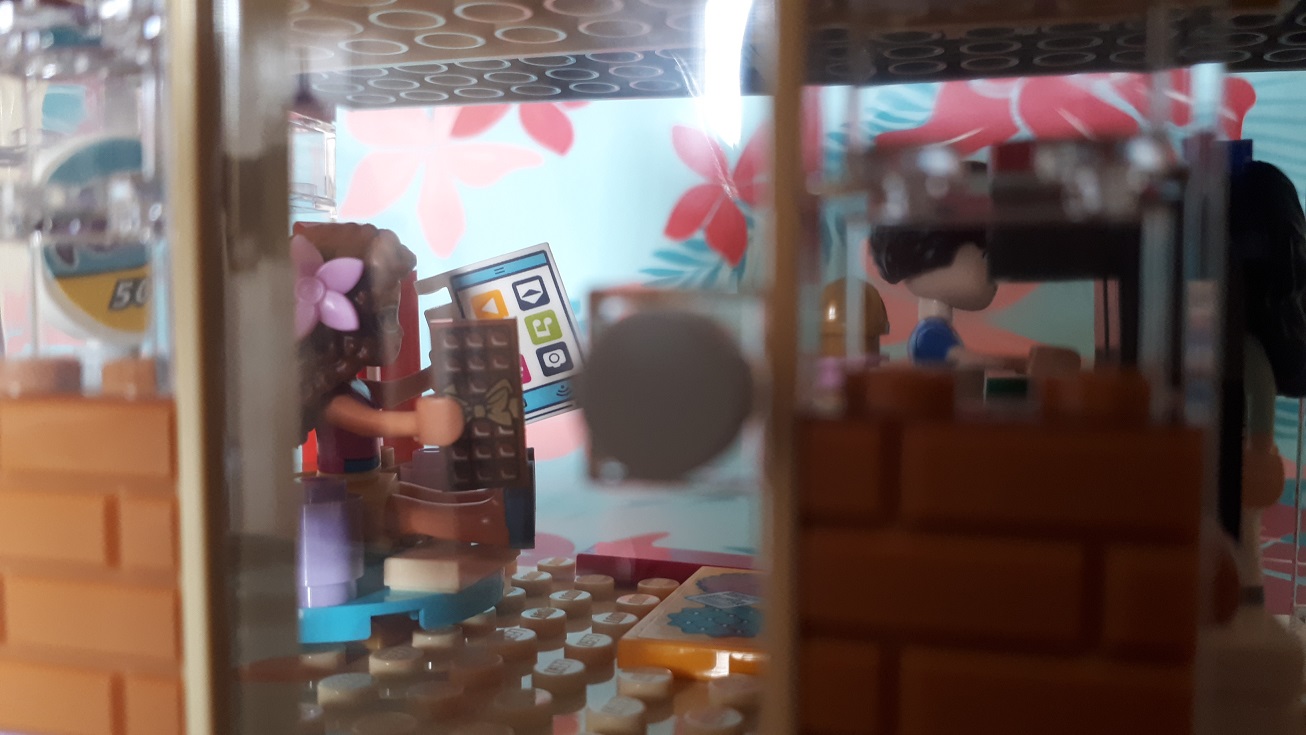 My favorite thing about this sort of build is the candid shots you can take. Yes, Olivia is indeed holding a chocolate bar half the size of her tablet. 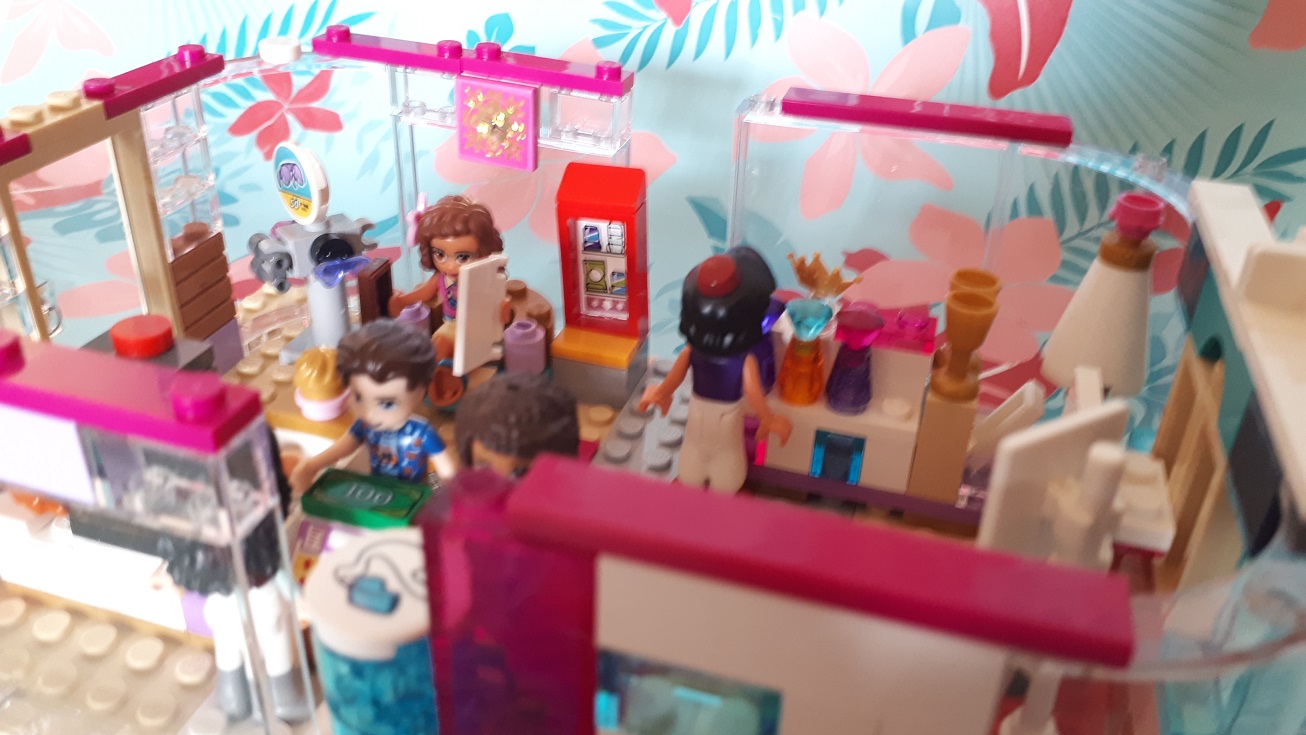 I wanted to show here that technically the builds could come together into one floor, but it came out blurry ;-; 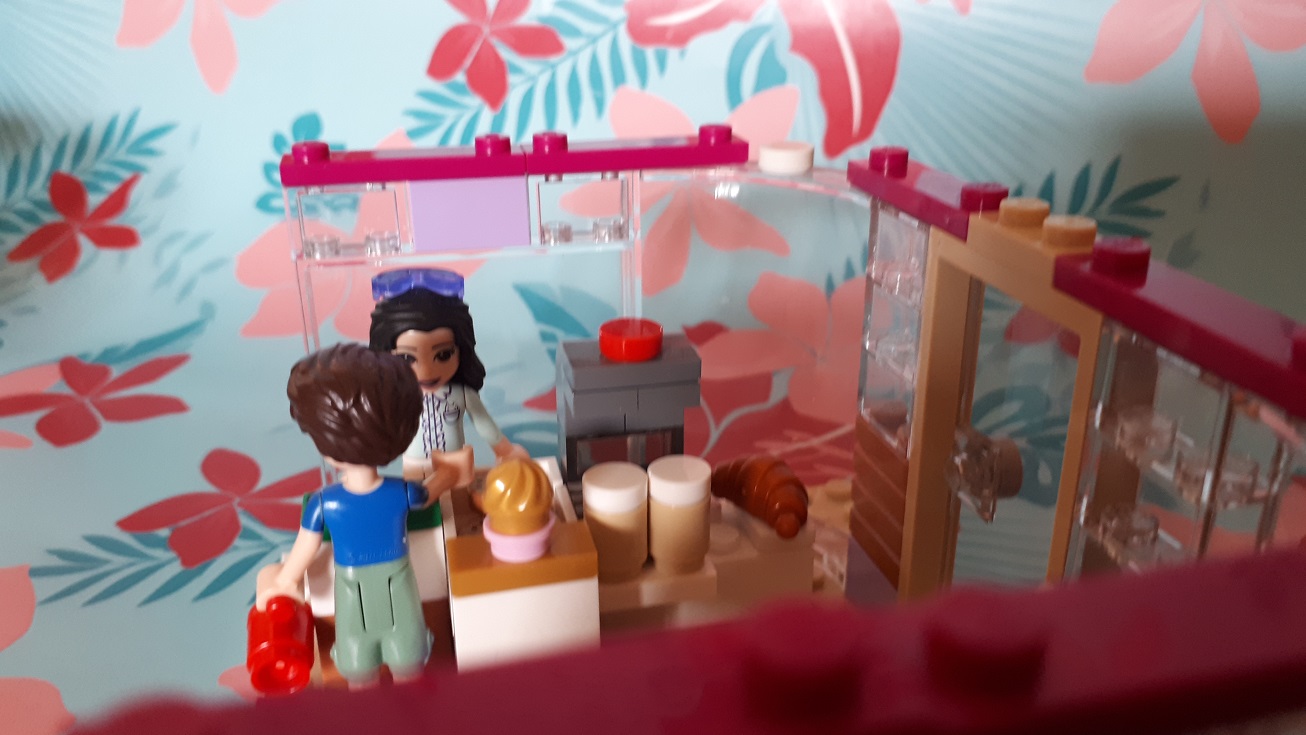 Emma's ready to help Zack. What would he like (along with his possibly spilled coffee). There's cookies, coffee and a single croissant. Hey, don't blame me, the LEGO company is very stingy with croissants. Also, the muffin is just for show. 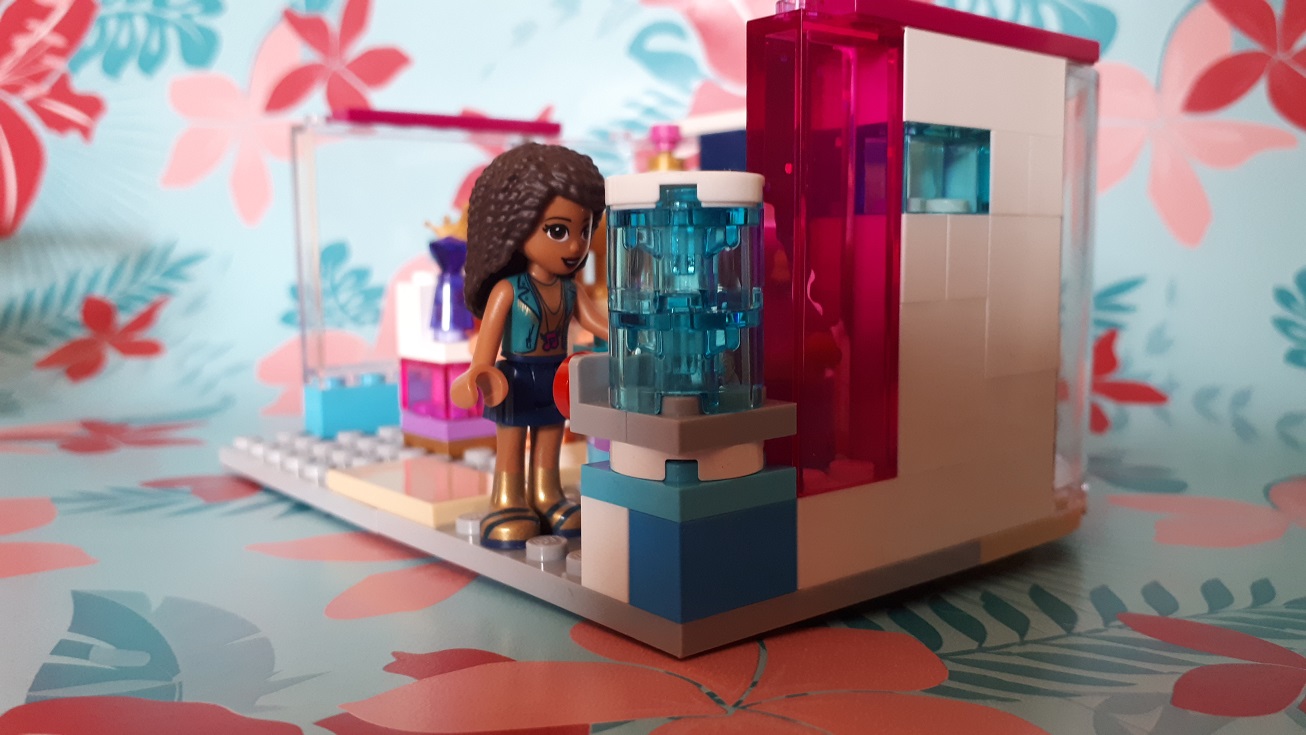 Upstairs, Andrea gets some water from the cooler. Possibly avoiding some vapid discussions about art. 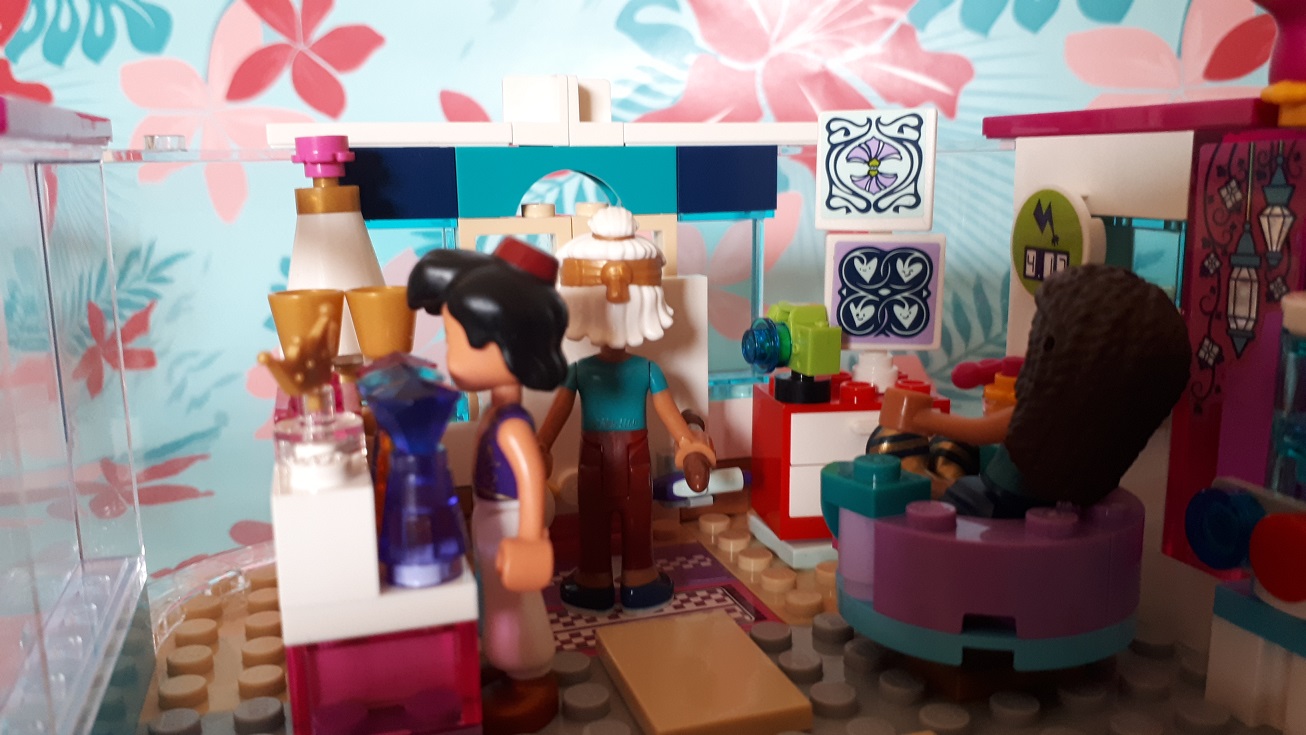 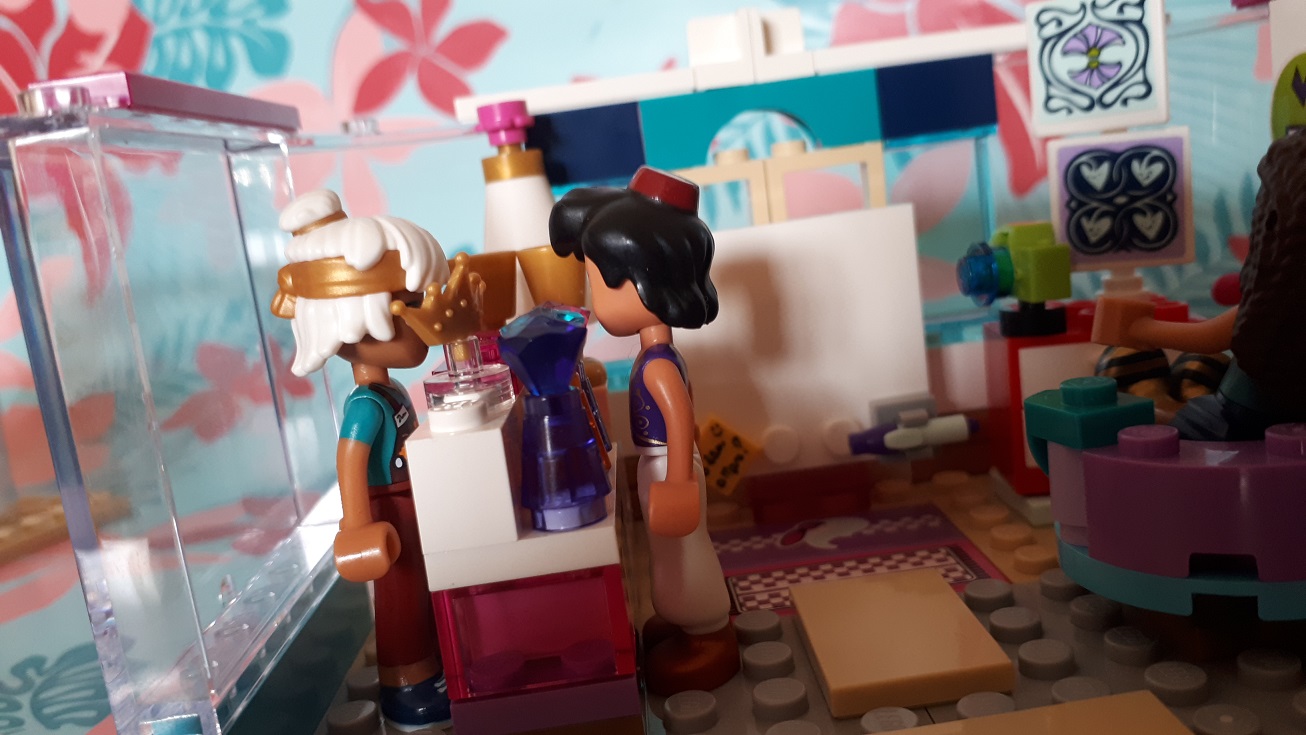 He's also a salesperson on the upper floor because casual artistry does in fact not pay the bills. 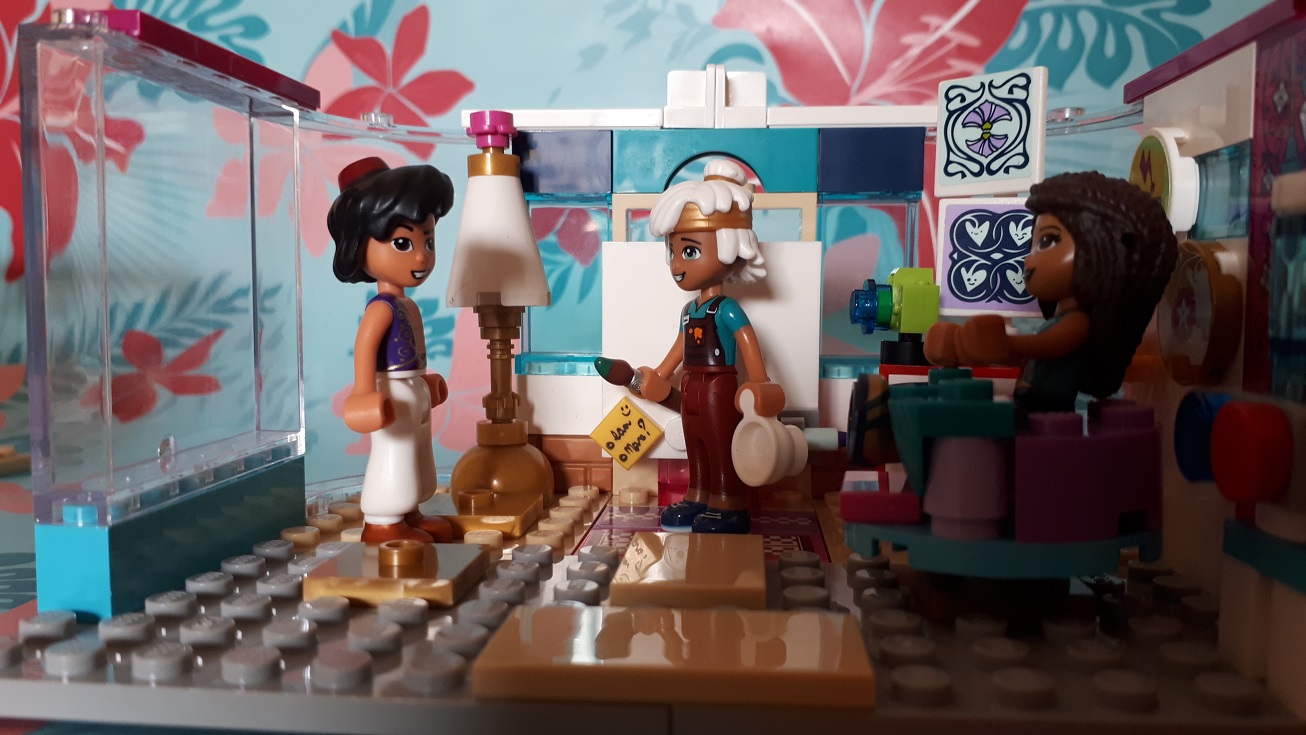 The perfume stall can be easily removed to give the room more space and make it even more artsy. In fact, the coffee counter from the first floor is also easily removeable, but it doesn't really serve a purpose. Maybe an outdoor day?

Now there's no sales at all, because as Dean always says, down with capitalism! (right before he has to get to work, that is). Here, I guess... Aladdin is giving an art lecture. That's totally a thing Aladdin does.

I bet Andrea's looking for any excuse to get out of here now, but she can't because then she'd seem less fancy than her even bigger poseur friends. 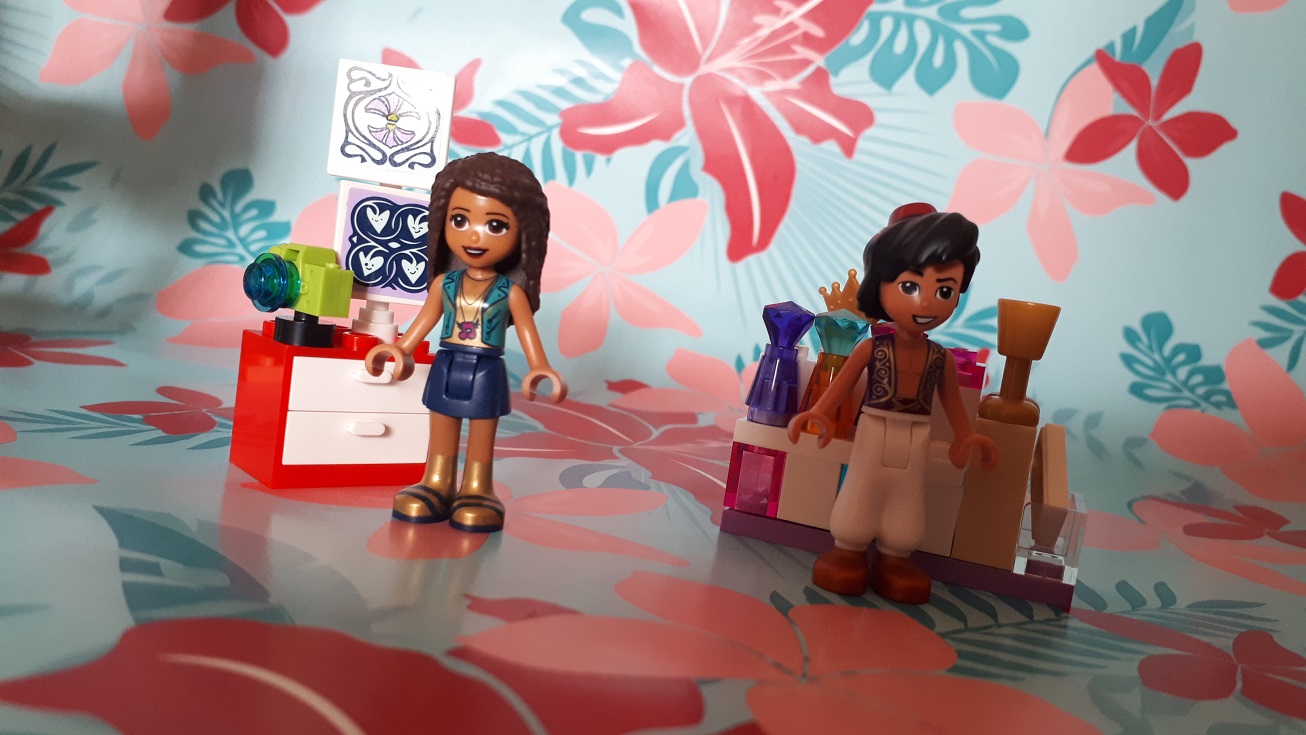 Here's some of the removable bits. Andrea stands with the drawer. On it are some of Dean's art pieces and a camera. The drawers also open. Aladdin stands with the perfume (and goblets, because people totally buy those when they're hipsters). There's also a catalogue on the far right in case he needs to order even more pointless toilet water.